ARE YOU SUFFERING FROM COMPULSIVE GAMBLING OR OTHER ADDICTIVE BEHAVIORS?

You just began taking the aripiprazole, Abilify, and you are beginning to notice a change. You have the urge to take risks, financially and physically. You have never had the impulse to gamble, but suddenly the feeling is overwhelming and you must fulfill the itch.

This is the reality for many Abilify users.

Many victims are facing absurd financial debts because of their need for compulsive gambling. At no fault of their own, Abilify users are turning to the legal system for relief from the results of their compulsive behavior as one of the side effects of Abilify.

The aripiprazole known as Abilify was approved by the U.S. Food and Drug Administration in 2002. After being developed by Otsuka Pharmaceutical Company, Bristol-Myers Squibb joined forces with the pharmaceutical organization to market Abilify.

Abilify is often prescribed to individuals who suffer from mental illnesses such as depression, schizophrenia, or bipolar disorder. It works by altering the actions of chemicals in the brain. For the millions of Americans suffering from these diseases, Abilify can provide a better quality of life and help to manage symptoms that keep victims from living a normal life.

Abilify is not proved to be safe for children and is usually not prescribed to children younger than 13 with schizophrenia or children under the age of 10 who suffer from bipolar disorder. However, it is sometimes given to children at least six years old who suffer from Tourette’s disorder or symptoms of autistic disorder like temper tantrums, mood swings, aggression, and self-injury.

Abilify is most commonly prescribed to adults along with other medications to treat severe depression.

One of the more concerning Abilify side effects is compulsive behavior. This may include binge eating or riskier behaviors such as compulsive gambling. Abilify can result in eating disorders or even a gambling addiction. It may seem like a stretch when it comes to a side effect, but many Abilify users claim they have a sense of urgency to take financial risks after taking the drug. Scientists believe it is a result of the way Abilify works with dopamine.

When someone suffers from a pathological symptom, there is an abnormality in the brain that makes it impossible to stop certain behaviors without intervention. It is extremely difficult for a compulsive gambler to walk away from the table because they feel the need to fulfill the uncontrollable behavior, even if they cannot afford to make those bets, driving them into financial debt.

Other Abilify users suffer from eating disorders after taking the drug as a result of physically not being able to stop eating. Many become overweight and obese, leading to other health problems as well as likely worsening their depression.

Victims who have developed these compulsive behaviors such as a gambling addiction have never displayed symptoms before taking the medication and the urgency disappears after they stop taking Abilify. 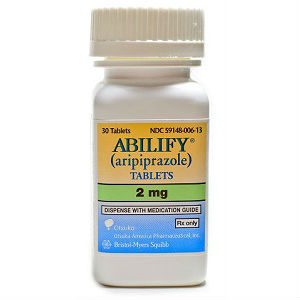 SIDE EFFECTS OF ABILIFY

Besides compulsive behavior, Abilify has been known to produce several other side effects such as:

The more severe Abilify side effects include high cholesterol, seizures, diabetes, and suicide. Thoughts of suicide are more frequent in young adults. Moreover, patients who suffer from dementia had a higher risk of having a stroke while taking Abilify, some resulting in casualties.

ARE YOU ELIGIBLE TO JOIN THE ABILIFY LAWSUIT?

If you have taken Abilify, you may be eligible to join the Abilify lawsuit. You may be qualified to join if:

There are other complex requirements before you can be sure you are able to join the Abilify lawsuit which an experienced personal injury lawyer can clarify and explain further.

As Your Abilify Lawyer?

Our attorneys are nationally recognized and are experienced in all aspects of serious personal injury litigation, including, defective drug litigation. Our law firm has been in business for over 60 years. We know first-hand how devastating it can be to have been seriously injured or to have had the misfortune of losing a loved one.

We are committed to helping victims receive settlements fast. Our law firm has secured well over $100 million for our clients in verdicts and settlements. The attorneys at Brindisi, Murad, Brindisi & Pearlman are focused on personal injury law and fighting for the rights of injured people. If you have suffered the effects of Abilify, we will fight to help you get the compensation that you deserve.

If You Have Been Injured By Abilify

“Anthony Murad and his legal assistant, Terri, were very friendly. They made me feel confident.  They were on top of everything, never had to wonder what was going on.” Leonard

“They did a great job! My attorney was easily accessible, My favorite part of working with this firm is how easy my attorney and her legal assistant were to get a hold of.” Bob

“They were always there for me when I called. They answered all of my questions and concerns and made me feel comfortable that I was being taken care of.” Patrick

We stand up for innocent people when they have been injured by a careless individual’s actions. We have over 60 years of experience representing the people of New York State. The partners at Brindisi, Murad, Brindisi & Pearlman know that you are counting on us to help navigate the waters of an unfortunate incident. And we take that responsibility seriously. We fight hard to get you every dollar you deserve to make sure your medical bills are paid, to recover your lost wages and get you compensated for your pain and suffering.

IF YOU’VE BEEN INJURED IN AN ACCIDENT…