Are You Suffering From The Effects Of Essure?

The lawyers at Brindisi, Murad & Brindisi Pearlman are reviewing injury cases for individuals throughout Central New York who have experienced serious injuries from an Essure birth control implant.

If you or someone you know has been dealing with injuries or health complications similar to what you’ve read here, contact The People’s Lawyer today.

Essure is a non-surgical permanent birth control procedure that women were told was a safe and effective means of preventing pregnancy. If a woman undergoes the Essure birth control procedure, a metal spring-like device with small coils is implanted into the fallopian tubes by a catheter passed from the vagina through the cervix and uterus. The Essure implant contains inner polyethylene terephthalate fibers to prompt benign fibrotic reaction. It is held in place by a flexible stainless steel inner coil and a dynamic outer nickel titanium alloy coil. Once the Essure implants are in place, they are designed to encourage tissue growth in and around the implant to form over a time span of three months. The tissue barrier formed by occlusion or blockage in the fallopian tubes prevents sperm from reaching an egg. 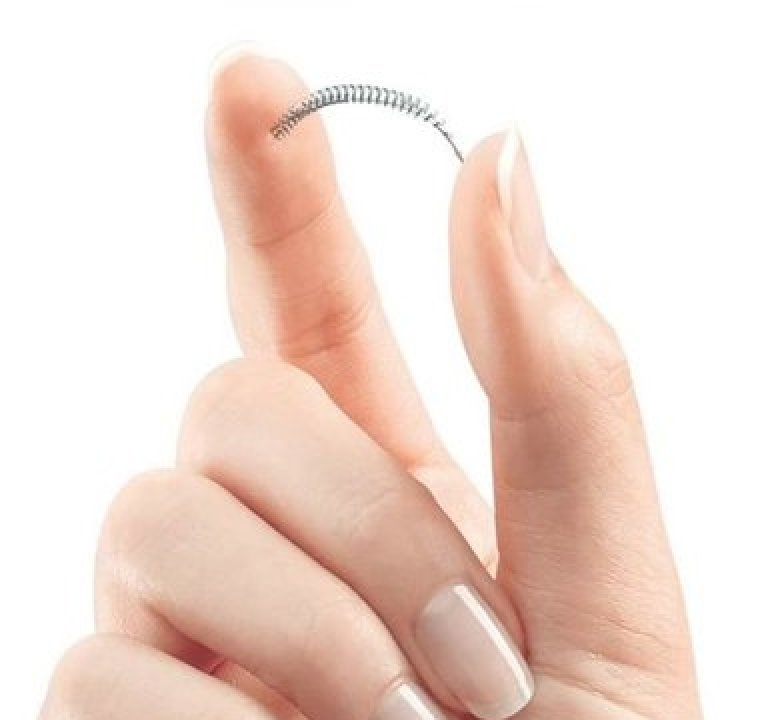 From 2002-2013, the FDA received about 1,000 complaints from women suffering from Essure. After investigating, the FDA Agreed that the side effects from essure were serious and the public needed to be informed.

Essure is marketed by Bayer as a safe and effective, non-surgical permanent birth control procedure for long-term protection against pregnancy as an alternative to a woman having her “tubes tied”. However, since FDA approval in 2002, thousands of women have reported suffering severe and debilitating side effects from Essure including…

As a result of the growing number of reports of adverse events of harm with Essure, on February 29, 2016, the FDA released a press announcement recommending that sterilization devices, such as the Essure procedure, include a Black Box warning label, that contains warnings that the devices can potentially cause death or serious injury as well as explaining the possible side effects, which reads:

Some patients implanted with the Essure System for Permanent Birth Control have experienced and/or reported adverse events, including perforation of the uterus and/or fallopian tubes, identifications of inserts in the abdominal cavity, persistent pain, and suspected allergic or hypersensitivity reactions. If the device needs to be removed to address such an adverse event, a surgical procedure will be required. Women have reported pelvic pain, headaches, back pain, joint pain, allergy, and autoimmune responses, to name just a few issues.

As of July 20, 2018, Bayer, its manufacturer, has announced that it will be removing Essure from the American market, and that after December 31, 2018, it will no longer sell or distribute the product in the country. This announcement came after thousands of complaints from women patients since the product hit the market in 2002, and after years of patient activists and patient safety organizations fighting against the device and Bayer (it also came just days before a documentary exposing Essure’s dangerous effects was scheduled to be released on Netflix called “The Bleeding Edge”).

At Brindisi, Murad & Brindisi Pearlman, we have experience determining if you are eligible for filing an Essure lawsuit and helping you get financial compensation that may be available through this lawsuit as a result of the manufacturer of the Essure implant, Bayer’s, failure to adequately warn women and the medical community about the potential risks of its use.

In order to be eligible for an Essure lawsuit, a woman must have been implanted with the Essure device and be experiencing some of the adverse side effects mentioned above. If you or a loved one has been injured by Essure and feel that it has had a negative impact on your health, one of our attorneys can help. Contact us for a free, no-obligation case evaluation. Time is limited, it is important that you act today. There are no fees or expenses unless a recovery is obtained for you.

As Your Essure Lawyer?

Out attorneys are nationally recognized and are experienced in all aspects of serious personal injury litigation, including, medical device litigation. Our law firm has been in business for over 60 years. We know first hand how devastating it can be to have been seriously injured or to have had the misfortune of losing a loved one.

We are committed to helping victims receive settlements fast. Our law firm has secured well over $100 million for our clients in verdicts and settlements. The attorneys at Brindisi, Murad & Brindisi Pearlman are focused on personal injury law, fighting for the rights of injured people. If you have been seriously injured by an Essure birth control implant, we will fight to help you get the compensation that you deserve.

If You Have Been Injured By Essure

“I was highly impressed with Eva Pearlman and extremely grateful for her counsel. She was honestly the best lawyer I’ve ever dealt with and one of the most amazing woman I’ve ever met.”

“Tony Murad handled our case in a very professional manner. We are very pleased with the outcome of our case. I would highly recommend them. Michele Noti was extremely helpful to me also.”

“Eva Pearlman is a very fine, respectful and professional lawyer. I would recommend her to anyone. This was a very hard case and she did a lot of investigating! I was very happy with her!”

We stand up for innocent people when they have been injured by a careless individual’s actions. We have over 60 years of experience representing the people of New York State. The partners at Brindisi, Murad & Brindisi Pearlman know that you are counting on us to help navigate the waters of an unfortunate incident. And we take that responsibility seriously. We fight hard to get you every dollar you deserve to make sure your medical bills are paid, to recover your lost wages and get you compensated for your pain and suffering.

INJURED IN AN ACCIDENT?