WERE YOU DIAGNOSED WITH NON-HODGKIN’S LYMPHOMA AFTER BEING EXPOSED TO MONSANTO ROUNDUP?

Whether you are a farmer working in the fields to provide food for your community, working as a landscaper, a municipal park employee, or an individual trying to keep their own lawn free of weeds, thousands are exposed to Monsanto Roundup every day. Though it is available at our local home improvement store, reports have surfaced that Roundup weed killer causes severe side effects that could lead to cancer.

If you have been diagnosed with non-Hodgkin’s lymphoma after using the weed killer known as Roundup, contact The People’s Lawyer today. The personal injury attorneys at Brindisi, Murad & Brindisi Pearlman are currently reviewing cases in which victims of Monsanto’s herbicide are receiving substantial compensation. 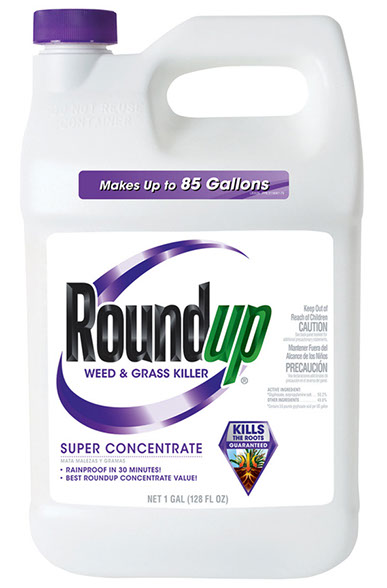 WHAT MONSANTO ROUNDUP IS USED FOR

Monsanto has been around since the 1970’s but grew in popularity in the 1990’s when they released “Roundup Ready” crops that resist herbicide used to diminish weeds throughout their fields. Monsanto has been around since 1901, when it was launched by pharmaceutical company agent, John F. Queeny. In 1974, Monsanto first introduced Roundup herbicide, now among the worlds most widely used herbicides. In 1996, Monsanto introduced Roundup Ready seeds, which Monsanto genetically engineered to tolerate its Roundup herbicide. Farmers are then free to generously spread Monsanto Roundup throughout their fields without the fear of killing their crops. Roundup Ready soybeans, corn, cotton, and other crops have since dominated every market in which they’re sold. In that same year, Monsanto signed contracts to license corn and soybean seeds from DeKalb Genetics and buys the cotton and biotech company Agracetus. By 1999, after an $8 billion licensing and buying spree, Monsanto became the foremost producer of genetically modified crops. In 2002, Monsanto became a publicly traded company. In September of 2012, a highly contested study finds that Roundup herbicide and genetically modified maize cause tumors and organ damage in rats. Roundup’s main ingredient is glyphosate, is a highly suspected carcinogen, and even the World Health Organization claims it “probably” causes cancer. By October of 2013, Monsanto was expanding its weed-management incentive programs, which come with cash, for farmers.

WHAT MAKES ROUNDUP SO DANGEROUS

As Monsanto Roundup is used more frequently used, plants develop a higher tolerance to the Roundup concentrate. In turn, this means even more exposure to farmers as they are forced to use more of the product in their fields.

However, Monsanto Roundup is not just a danger to farmers. Nearly 250 million pounds of Roundup weed killer has been sprayed on golf courses, driveways, commercial nurseries, lawns, and sidewalks across the United States. As researchers studied Roundup’s possible link to cancer, they found the carcinogenic ingredient glyphosate in the surrounding air, water, and food where Monsanto Roundup was sprayed. Monsanto is putting the entire community at risk.

Brindisi, Murad & Brindisi Pearlman has the experience needed to determine if you are eligible to join the lawsuit against Monsanto for allegations such as failure to sufficiently investigate the potential connection between Roundup and non-Hodgkin’s Lymphoma, failing to warn consumers of the risks of Roundup exposure, failure to safeguard workers with proper protection against the possible side effects from Monsanto Roundup, falsifying the safety of Roundup for several decades, and neglectfully ignoring the possible risks of Roundup.

If you have used Monsanto Roundup and have been diagnosed with non-Hodgkin’s lymphoma, you may be entitled to compensation. You may be able to receive compensation for issues such as current and future medical bills, pain and suffering, loss of work and missed wages, permanent injuries, and wrongful death. Contact The People’s Lawyer for a free consultation to determine if you are eligible for substantial compensation from Monsanto.

As Your Roundup Lawyer?

At Brindisi, Murad & Brindisi Pearlman, we are nationally recognized and thoroughly experienced in every aspect in personal injury law. We have served the Utica  area for over 60 years and have gotten to know the wonderful members of our community. It is devastating to lose a loved one due to the carelessness of a corporate giant like Monsanto. The People’s Lawyer is committed to getting victims of Monsanto Roundup the compensation they deserve.

If You Have Been Injured By Roundup

“Anthony Murad is an amazing attorney. He is a very knowledgeable attorney who is also very honest. I feel he is the best there is if an individual needs representation. I would (and I have) highly recommended Anthony Murad.” Kelli B.

“Special thanks to Louis Brindisi and Anthony Murad. Also, thank you to the entire law firm who worked with diligence and expediency on my behalf. I owe a debt of gratitude to everyone at your office for a very successful settlement.” Peter R.

“We want to thank Eva Pearlman for her efforts in resolving our case. We understand the difficulties involved with taking over a case mid-stream. We are both satisfied with the end result and thank her for keeping us informed throughout the process.” David and Kathy C.

We stand up for innocent people when they have been injured by a careless individual’s actions. We have over 60 years of experience representing the people of New York State. The partners at Brindisi, Murad & Brindisi Pearlman know that you are counting on us to help navigate the waters of an unfortunate incident. And we take that responsibility seriously. We fight hard to get you every dollar you deserve to make sure your medical bills are paid, to recover your lost wages and get you compensated for your pain and suffering.

INJURED IN AN ACCIDENT?