Jane had to finish a project at work so she left an hour later than normal. She didn’t realize it was already almost dark outside, as the days were getting shorter since fall was approaching. Jane thought she would just pay extra attention on her drive to be on the lookout for deer. It wasn’t until she was on the road that she noticed a thick fog, preventing her from seeing clearly. Instead of pulling over, she kept going, thinking she would be home soon. Suddenly, there was a person right in front of her, crossing the road. She slammed on the brakes but it was too late. This car crash was fatal.

Many assume since it is not snow, autumn weather is not dangerous for traveling. However, throughout the fall season, there are several hazards to look out for to avoid a car accident. These include:

With the difference in temperature between the ground and the air, fog forms a lot in the fall, especially in the morning.

Fall in Utica, NY definitely means rain in the weather forecast. Rain makes roads dangerously slick, and it is, oftentimes, difficult to tell how slippery the roads are until it is too late.

When the autumn breeze gets too strong, debris is flown onto the road, making it a danger to drivers. Leaves that land on the road are often slippery, adding another threat. Some mornings, you may even see empty garbage cans or their covers flying around and landing in the roadway.

This is especially common in the morning time. The sun is lower in the sky during fall and winter months, meaning when the light hits the surface, it will reflect at a lower angle, frequently blinding drivers on roadways.

5. The effect of weather on animals

As autumn approaches, many animals are migrating to find a warm place to sleep and deer are in rut and traveling in strange patterns.

Who Is Responsible If Weather Causes an Accident?

For those who are victims in a car crash due to weather, you may be wondering, what happens in a lawsuit if the weather is to blame? Can you establish a lawsuit if bad weather is involved in Central New York?

Drivers are expected to act reasonably on the road, this includes taking necessary precautions in inclement weather. These precautions may include reducing speed, pulling over if visibility is compromised, and making sure your vehicle is equipped to handle the severe weather. As such, a motorist may bear responsibility for a car accident even if the weather conditions were hazardous making it more difficult to operate a vehicle safely.

In the event of a car accident, the road conditions and actions of all drivers involved will be examined to determine fault. If a driver loses control of his or her vehicle, typically they will be at fault for any damage as a result. If more than one vehicle loses control and crashes into another, both may share fault for an accident. If the injured victim can prove the other driver’s negligence caused the accident, that driver may be at fault.

If you are involved in a Utica car crash, there are many elements to consider. If your medical bills are extreme and your insurance company is not doing their part to help, it may be time to call a car accident lawyer. This experienced attorney will be able to stand up to insurance giants to get you the compensation you need to cover lost wages, medical bills, pain and suffering, and more.

If you or a loved one has been injured in a car crash in Central New York, Brindisi, Murad, Brindisi and Pearlman can help. We are The People’s Lawyer, fighting for victims of tragedies and getting them the compensation they rightfully deserve. We can help you too. Contact our office for a free consultation today.

5 Tips For Hosting A Safe Graduation Party In CNY

It is the end of June which means school is out for the summer! But for Jane, a high school senior, it means school is out permanently. To celebrate her achievements, Jane's parents threw a graduation party in her honor. However, some of Jane's friends brought...

END_OF_DOCUMENT_TOKEN_TO_BE_REPLACED 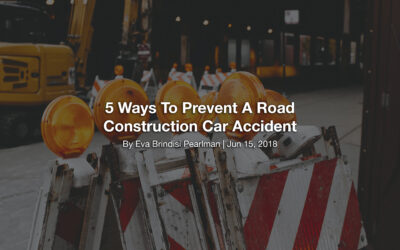 The warmer weather of summertime means a variety of things: vacations, holiday barbecues, and road construction. Hard-working construction workers utilize the nice weather to repair road conditions in our community. As they sweat under the hot sun working to improve...

END_OF_DOCUMENT_TOKEN_TO_BE_REPLACED 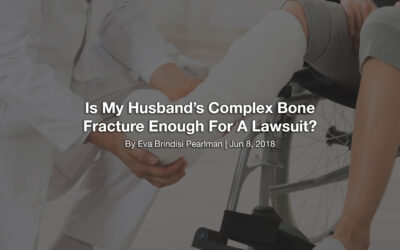 Is My Husband’s Complex Bone Fracture Enough For A Lawsuit?

After running various errands all day in the Utica area, John was on his way home after picking up some supplies for his four-year-old daughter's birthday party that evening. Suddenly, what went from a standard drive in his neighborhood turned into a nightmare. A...